Is Washington Meddling with Your 401(k)?

Is Washington Meddling with Your 401(k)?

Recently, there has been a lot of talk about potential changes to 401(k) plans. The chatter has ranged from reducing contribution limits to the “Rothification” of 401(k)s.

Much of the conversation is due to the question of how to fund the tax plan recently proposed by the Trump administration. Some members of Congress have suggested modifications including a cap of $2,400 for pre-tax contributions to IRAs and 401(k)s. The entire Roth contribution would still be allowed.

These proposed changes would encourage savers to increase Roth contributions to their 401(k) plans. This would create a temporary tax influx for the government by removing the immediate savings of the pre-tax contribution. Since Roth withdrawals are tax-free, this change would result in a reduction in future taxes collected on 401(k) account withdrawals.

One of the primary concerns is that this proposed change would likely dissuade Americans from making 401K contributions. The U.S. government has had a long-standing view that an increase in 401(k) savings is a partial solution to the looming Social Security shortfall. Discouraging Americans from making 401(K) contributions is contrary to this stance and would only serve to exacerbate the problem. So why has this been proposed? Politicians are often short-sighted, and in this case, they are guilty of considering the immediate impact of funding Trump’s proposed tax plan while ignoring future lost revenue.

President Trump issued a quick response via Twitter, stating: “There will be NO change to your 401(k). This has always been a great and popular middle-class tax break that works, and it stays!”

IRAs and 401(k)s are now the primary retirement savings vehicles in the United States. A study by Vanguard showed that Americans who participate in their 401(k) plans contribute an average of just under 7 percent of their pay each year. In the 3rd quarter of 2017, this number rose to 8.5 percent.

Unfortunately, almost two-thirds of Americans don’t contribute anything to their 401(K) accounts. Many of those who do aren’t even close to reaching the annual maximum. Any change that discourages additional retirement savings would be disastrous for our future. 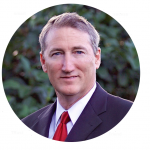